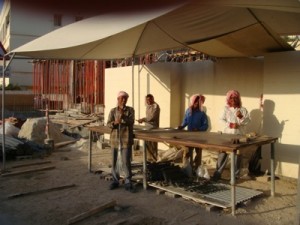 Food is emerging as a 21st century problem in the Gulf Cooperation Council (GCC) countries – too much food, that is. Whether at hotel buffets or fast food outlets, high calorie foods are on offer and served in quantity. For 7 months of the year, temperatures and humidity are uncomfortably high. The rapid urban growth of recent years has been designed around vehicular transport further discouraging residents from spending time out-of-doors. The result is that unprecedented numbers of people in the region suffer from obesity, high blood pressure, cardiovascular disease and diabetes. Indeed, these have emerged as the leading public health challenges of the present era.

Socio-economic stratification is rigid. Royal families prove the “golden rule” – those with the gold, rule. They are supported by a few enormously wealthy merchant families who have multiple business and financial interests that extend well beyond the GCC countries. Next in line is a very mixed group of well-paid government officials, successful business people, corporate leaders and professionals who are mostly locals and Western expatriates plus a few Asians and Africans. These are followed by mid-level officials, company managers, lower-paid professionals and supervisors who are a mix of locals and expatriates from all of the inhabited continents. The working class is made up of low-paid locals and a mix of mostly Asian expatriates doing clerical work or skilled jobs. Finally there is the mass of Asian workers – largely from India, Pakistan and Bangladesh – who do construction, clean streets, tend small shops, or provide domestic services. Sadly, this last group is often invisible to others. They are sequestered in work camps, slums or private homes. Many in this last group suffer from unfair labor practices, lack of work site safety and outright abuse. 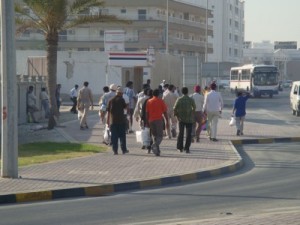 Approximately 40 million people live in the 6 GCC countries. Of these, roughly 26 million are citizens (of which half are under 25 years of age) and 14 million are expatriates. The proportions of locals versus expatriates vary widely among the 6 countries. Unsurprisingly, both government and business are oriented toward the economically favored, whether they be citizens or foreigners. Five-star resorts and opulent restaurants abound. Luxury goods are on display in traditional markets and shopping malls. Lest one be concerned about competition between the divine and mammon, “Islamic banks” are springing up everywhere. But there is a growing uneasiness among local Arab populations about the effects of having large numbers of foreigners in their midst. Where given the opportunity, Islamist parties campaign for more stringently conservative social policies. Lines of cleavage among citizens are becoming more apparent. Expatriates are having second thoughts about this region that once seemed so welcoming.

None of the GCC countries routinely offer citizenship to long-time foreign residents. Government-sponsored education and job training is only available to citizens. While this affords some social mobility to local Arabs, it means that expatriates have little hope of improving their lot. As a result, many skilled and professional Asian and African expatriates view the Gulf as a stopping-off point on their way to the West. Only in recent years have some housing developments been opened to foreign ownership. Even then, inconsistent immigration policies have created uncertainty regarding access to such properties over the long term. All of this results in an “us-and-them” mentality in which the foreigner is always a foreigner, no matter how long he or she remains in the Gulf. 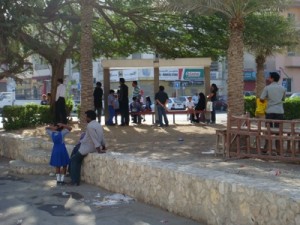 So why do so many foreigners immigrate to the GCC countries? The current world-wide economic downturn has made the answer obvious, for the Gulf is where the money is. The rising price of oil from 2002 until mid-2008 fueled a period of unprecedented development. Regional leaders learned a great deal from their experiences in the oil boom of the 1970’s and 80’s. Now they are attempting to diversify their economies and develop supporting infrastructure. Educational reforms are aimed at preparing the “youth bubble” in Gulf demographics for the jobs that will soon be available. But to reach these goals, a great deal of foreign talent is still needed and will be for the next 10 – 20 years.

The Arabian Gulf is the heart of the Islamic world. The West and the Muslim Middle East live in uneasy tension which in part arises from ignorance of one another. People of good will can make a difference by choosing to live and work in the GCC countries. While linguistic and cultural barriers are formidable, they are not insurmountable. Expressions of the grace of Jesus the Messiah go a long way toward building friendships. In the context of such relationships, matters of significance can be broached.